This is part of a series on some of my favourite whole foods – things I consider kitchen staples and use often in my recipes. I hope you get to discover something fun and new about them!

The humble flaxseed, the ‘it’ seed before chia came along. I am particularly fond of them as they are so versatile, especially so in raw cuisine. Additionally, anything that contributes to our overall gut health, as they do, gets a big tick from me. A true functional food, they are cheap, readily available, and easy to incorporate into your diet.

Flaxseeds (Linum usitatissimum) are also known as linseeds and come in a gold and a brown variety. They have some pretty impressive health benefits, being rich in essential fatty acids and compounds called lignans.

Flaxseeds can be bought whole or ground. Whole flaxseeds are more stable so will keep longer, though a good habit to get into is to keep your seeds stored in dark packaging out of the light, or even better, in the fridge. This is particularly prudent for flax seed oil, cold-pressed from the seeds, which is highly reactive to oxygen. When choosing a good quality flax oil, look for one in an opaque bottle that has been kept cold.

Flaxseeds are so versatile in plant-based and raw foods cuisine. They contain mucilage, and swell in water, so make a great binder in place of egg. This mucilage quality also imparts benefits to the digestive tract. The seeds are crunchy and the ground flax; mealy. Both have a distinct, slightly nutty taste.

If you were to add two tablespoons of whole flax seeds to your smoothie or bowl of oats each morning, you would get:

Flaxseeds are a good source of dietary fibre, with just over 27g per 100g, or 2.8g per tablespoon of the whole seeds [1]. Most of us don’t eat enough fibre daily, the recommended daily intake for women is 25g and for men, 30g [2].

Additionally, the type of fibre it contains is known as soluble fibre [3]. Soluble fibre dissolves in water, it forms a viscous gel and is readily digested by bacteria in the colon [4].

Flaxseeds are one of the richest sources of essential fatty acids, particularly, alpha-linolenic acid (ALA). ALA is the shortest of the omega-3’s, and thus is used as a starting point for building the long-chain omega-3 fatty acids, such as eicosapentaenoic acid (EPA), and docosahexaenoic acid (DHA).

ALA, EPA and DHA all have important yet slightly different roles in the body. EPA and DHA are believed to confer the most benefits.

As a group, they are well researched and are associated with desirable effects on a range of disorders, particularly cardiovascular and inflammatory diseases [6].

Of the three, DHA is the predominant omega-3 fatty acid in our tissues, and is particularly abundant in neural and retinal tissue, it is absolutely critical for healthy brain development and visual acuity  [7]. Both EPA and DHA reduce plasma arachidonic acid, an inflammatory prostaglandin [7].

How well absorbed is ALA from flax?

It appears that flaxseeds either need to be taken as the cold-pressed oil, or ground to a meal, in order to render the ALA bioavailable. A 2008 study found that the both the oil and the ground meal substantially increased ALA levels in the blood, while whole flax seeds did not [8]. Interestingly, in this study the various forms of flax were baked into a muffin, suggesting that ALA is present despite it being subjected to high temperatures.

How well converted is ALA to EPA and DHA once absorbed?

Unfortunately, research suggests the conversion of ALA to EPA and DHA is generally poor [6]. Some ALA appears to be converted to EPA (possibly around 8%), but little is ultimately converted to DHA (anywhere from less than 0.05% to 4%) [6].

It appears that women are better converters of ALA into longer-chain omega-3’s than men, which may be due to a regulatory effect of estrogen [9, 10].

Due to the poor conversion rates, it has been thought that those who don’t consume fish or fish oil (the most concentrated sources of these longer-chain omega-3’s) could be at risk of deficiency. This has certainly been supported by research in the past.

Interestingly however, it appears vegetarians and vegans may have an ability to up-regulate the conversion of ALA, as revealed in a more recent study. The European Prospective Investigation into Cancer and Nutrition (EPIC) analysed data from the food diaries of over 14,000 men and women, then conducted a substudy of 4902, measuring fatty acid content in blood samples.

Based on data gleaned from the food diaries, it was revealed than non-fish eaters consumed 57-80% less total omega-3 fatty acids than their fish-eating counterparts. Despite this however, the difference in the circulating EPA and DHA in their blood samples was much smaller. The authors concluded one reason to explain this may be due to an increased conversion of ALA to EPA and DHA [11].

EFA's in flaxseeds may protect the cardiovascular system

Results from clinical trials suggest flaxseeds have a protective effect upon cardiovascular health. This is due to a combination of fibre, lignans and essential fatty acids [12].

Cardiovascular disease is the leading cause of death in New Zealand [13], and smoking, exercise and diet are all modifiable risk factors. Dietary intake of omega-3 fatty acids are particularly potent at protecting against heart disease. The longer-chain omega-3 polyunsaturated fatty acids, EPA and DHA, from fish and marine oils, have strong scientific evidence to support their use [12]. However – there are many different groups of people who either can’t consume these due to allergies, choose to avoid them for ethical or sustainability reasons, don’t find them palatable, or are concerned about contaminants.

This is where flaxseeds come in – being a rich, ethical, sustainable, palatable and safe source of ALA (and a precursor to the longer-chain polyunsaturated fatty acids). Studies have convincingly shown that intake of dietary ALA has an inverse relationship with primary cardiovascular events.

The lipid-lowering and anti-inflammatory effects of ALA contribute to its protective effect [14].

Flaxseeds are a source of lignans

Flaxseeds are the richest source of lignans [5]. They are also found in whole grains, legumes and some fruits and vegetables, but in much smaller amounts. For example, there are 325 micrograms of lignans in half a cup of whole wheat meal, and 275,000 micrograms in the same amount of flaxseeds.

Lignans are compounds found in plants with some beneficial health properties. Upon ingestion, they are transformed into enterolactone and enterodiol by the microflora in the gut [5]. These compounds can mimic estrogen within the body, which is why lignans are identified as phytoestrogens [15]. Phytoestrogens can bind with estrogen receptors in the body, though have a much weaker effect, so may in fact block or reduce the effects of estrogen in some tissues [15]. Human studies are currently limited, though research suggests that flaxseeds may be protective against breast cancer [16-18]. A recent meta-analysis found that enterolactone biomarkers (from the lignans in flaxseeds) are associated with a 28% reduced risk of incident of breast cancer [19].

The bioavailability of lignans in flaxseeds can be increased by grinding the seeds to a meal. Flaxseed oil however does not typically contain lignands [15].

Flaxeeds (and flaxseed oil) are sustainable

Despite the challenge regarding the conversion of ALA into the more potent EPA and DHA, it is important to note that flaxseeds are by far the more sustainable source when compared to fish oils, as overfishing is a very real concern.

However – algae are currently being investigated as an alternative, and algal oil is currently sold as a supplement. Fish obtain their own stores of EPA and DHA from feeding on Algae. Algae can be produced in farms, so there is no threat to the food supply of the fish. 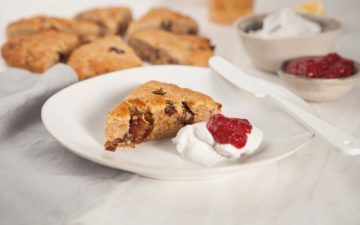 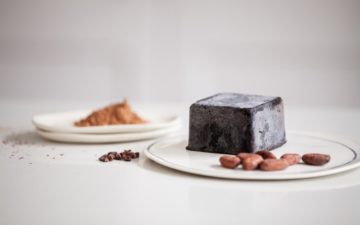 Nutrition and Health Benefits of Cacao 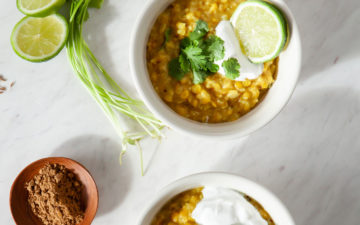 END_OF_DOCUMENT_TOKEN_TO_BE_REPLACED

This website uses cookies to improve your experience while you navigate through the website. Out of these cookies, the cookies that are categorized as necessary are stored on your browser as they are essential for the working of basic functionalities of the website. We also use third-party cookies that help us analyze and understand how you use this website. These cookies will be stored in your browser only with your consent. You also have the option to opt-out of these cookies. But opting out of some of these cookies may have an effect on your browsing experience.
Necessary Always Enabled
Necessary cookies are absolutely essential for the website to function properly. This category only includes cookies that ensures basic functionalities and security features of the website. These cookies do not store any personal information.
Non-necessary
Any cookies that may not be particularly necessary for the website to function and is used specifically to collect user personal data via analytics, ads, other embedded contents are termed as non-necessary cookies. It is mandatory to procure user consent prior to running these cookies on your website.
SAVE & ACCEPT
156 shares