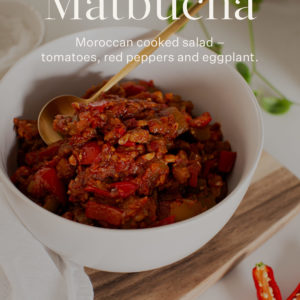 Moroccan matbucha (pronounced mat-boo-ha) is a popular cooked tomato salad made from summer tomatoes, red peppers, garlic, spices, and sometimes, eggplant. This rendition is for the busy home cook, 30 minutes on the stove, without skimping on that rich and jammy flavour.

🍅 Matbucha is a cooked salad or sauce made from ripe summer vegetables – juicy heirloom tomatoes, sweet red bell peppers, and sometimes, glossy dark aubergine. Spices such as garlic, chili and paprika are a must. The dish originates from Morocco and parts of North Africa, is widely enjoyed in Israel, and often features on a meze platter as a rich and flavourful appetizer.

Matbucha is also known as matbukha – Arabic for ‘cooked’, or salade cuite in French. This dish really is a celebration of summer tomatoes. It can be prepared more akin to a sauce, or slightly thicker like a dip.

Traditionally, matbucha is cooked low and slow, and often involves blackening the peppers, chilies and eggplant first, concentrating the flavour. It’s a labour of love, and patience!

My matbucha recipe is suited for the busy home cook, taking just a few shortcuts, without skimping on flavour. Eat it by the spoonful, or slather it on bread, either way, you won’t be disappointed.

I’ve included eggplant as I love the flavour.

Traditionally, making matbucha is a lengthy process. When my Nana would prepare it, she would stand at the kitchen bench for hours, coring, scoring, boiling, cooling, peeling, chopping and finally slow cooking homegrown tomatoes with all the other ingredients.

It takes quite a mass of them in order to yield a modest amount of matbucha sauce this way!

For this reason, I’ve chosen canned, and have reduced the cooking time to make it a practical mid-week affair.

Most of the key matbucha ingredients fall into the nightshade family – bell peppers, eggplant, tomatoes, chili and paprika.

Nightshades contain glycoalkaloids (such as solanine in eggplant), which can cause reactions in very sensitive individuals.

Solanine can be neutralized to some degree by cooking with the addition of salt. For the rest of us, in moderation, alkaloids in plants from the Solanaceae family have actually be found to confer some protective benefits, with studies suggesting an anti-tumour effect [1].

Ok let’s get this matbucha underway!

Step one. Peel the eggplant and cut it into 1cm cubes like the image below. De-seed the bell peppers and cut them into smaller pieces also.

Cook over low-medium heat for a good 15 minutes until the vegetables have softened greatly, stirring often to avoid them sticking to the bottom of the pan.

Step four. Add a can of crushed and sieved tomatoes – along with a teaspoon of coarse sea salt, coconut sugar and black pepper.

Let this simmer for a further ten minutes, evaporating off the tomato juices and letting the mixture develop a more jam-like consistency.

Step five. Remove from the heat, and mash half of the matbucha before serving.

This is the texture you want to aim for – less of a salsa, more of a dip or a thick paste.

Full permission to devour spoonfuls of matbucha as is!

This is a great dish to cook the night prior to having guests – the next day, simply toast up some flatbread or sourdough, and top with avocado, chilled matbucha, and a few basil leaves. Impressive and so easy.

Other ideas – use matbucha as a base for this tagine, add to sandwiches, fold through pasta (reduce the salt to half a teaspoon), serve as a side dish, spoon a little bit over cooked vegetables or enjoy it as it.

How long does matbucha keep?

Store it in the fridge and enjoy within the week.

Yes you can freeze matbucha in air tight containers or a silicon pouch. 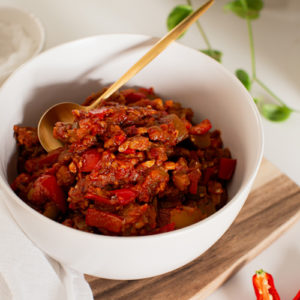 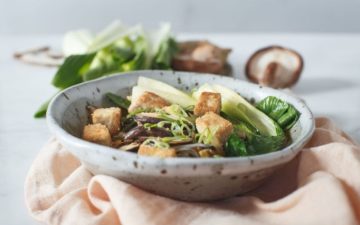 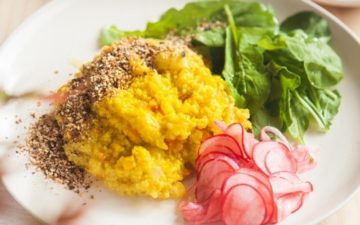 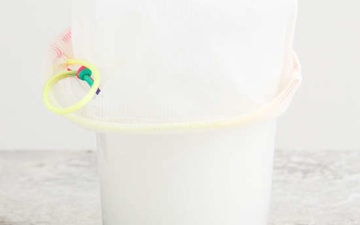 How to Make Coconut Water or Milk

END_OF_DOCUMENT_TOKEN_TO_BE_REPLACED

This website uses cookies to improve your experience while you navigate through the website. Out of these cookies, the cookies that are categorized as necessary are stored on your browser as they are essential for the working of basic functionalities of the website. We also use third-party cookies that help us analyze and understand how you use this website. These cookies will be stored in your browser only with your consent. You also have the option to opt-out of these cookies. But opting out of some of these cookies may have an effect on your browsing experience.
Necessary Always Enabled
Necessary cookies are absolutely essential for the website to function properly. This category only includes cookies that ensures basic functionalities and security features of the website. These cookies do not store any personal information.
Non-necessary
Any cookies that may not be particularly necessary for the website to function and is used specifically to collect user personal data via analytics, ads, other embedded contents are termed as non-necessary cookies. It is mandatory to procure user consent prior to running these cookies on your website.
SAVE & ACCEPT
427 shares