Raw Chocolate Log. Yes, it can be done, and yes, it tastes unreal. You will need a dehydrator for this to make the ‘sponge’ cake (well, you could do it in an oven on low but then you would lose some of the nutritional benefits). The cream filling is spiced with cinnamon, and the chocolate icing is lovely, thick and rich. Depending on how thick you may like to ice this log, you may have some leftover. If so, set in the fridge, then roll into little truffles, the mixture is far too good to waste. Try and get as much filling in there as you can squeeze in, you may lose some in the rolling process, so make sure you save this also and have them as truffles later. Epic! 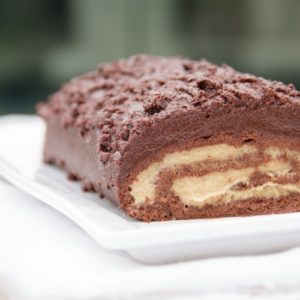 Calories: 300kcal
Keyword Vegan yule log
Tried this recipe?Let us know how it was! 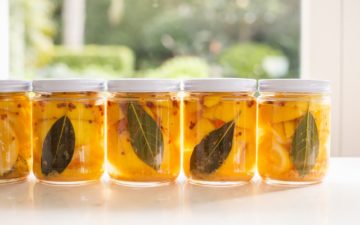 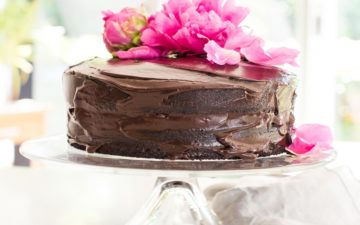 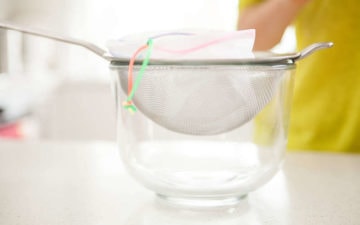 END_OF_DOCUMENT_TOKEN_TO_BE_REPLACED

This website uses cookies to improve your experience while you navigate through the website. Out of these cookies, the cookies that are categorized as necessary are stored on your browser as they are essential for the working of basic functionalities of the website. We also use third-party cookies that help us analyze and understand how you use this website. These cookies will be stored in your browser only with your consent. You also have the option to opt-out of these cookies. But opting out of some of these cookies may have an effect on your browsing experience.
Necessary Always Enabled
Necessary cookies are absolutely essential for the website to function properly. This category only includes cookies that ensures basic functionalities and security features of the website. These cookies do not store any personal information.
Non-necessary
Any cookies that may not be particularly necessary for the website to function and is used specifically to collect user personal data via analytics, ads, other embedded contents are termed as non-necessary cookies. It is mandatory to procure user consent prior to running these cookies on your website.
SAVE & ACCEPT
2.5K shares