Kombucha tea seems to be the latest wellness craze – a fermented beverage that has long been taken as an elixir for longevity and good health. But all for good reason - it's health benefits are numerous and it actually happens to taste quite delicious. Learn about kombucha, the benefits, and how to make it. 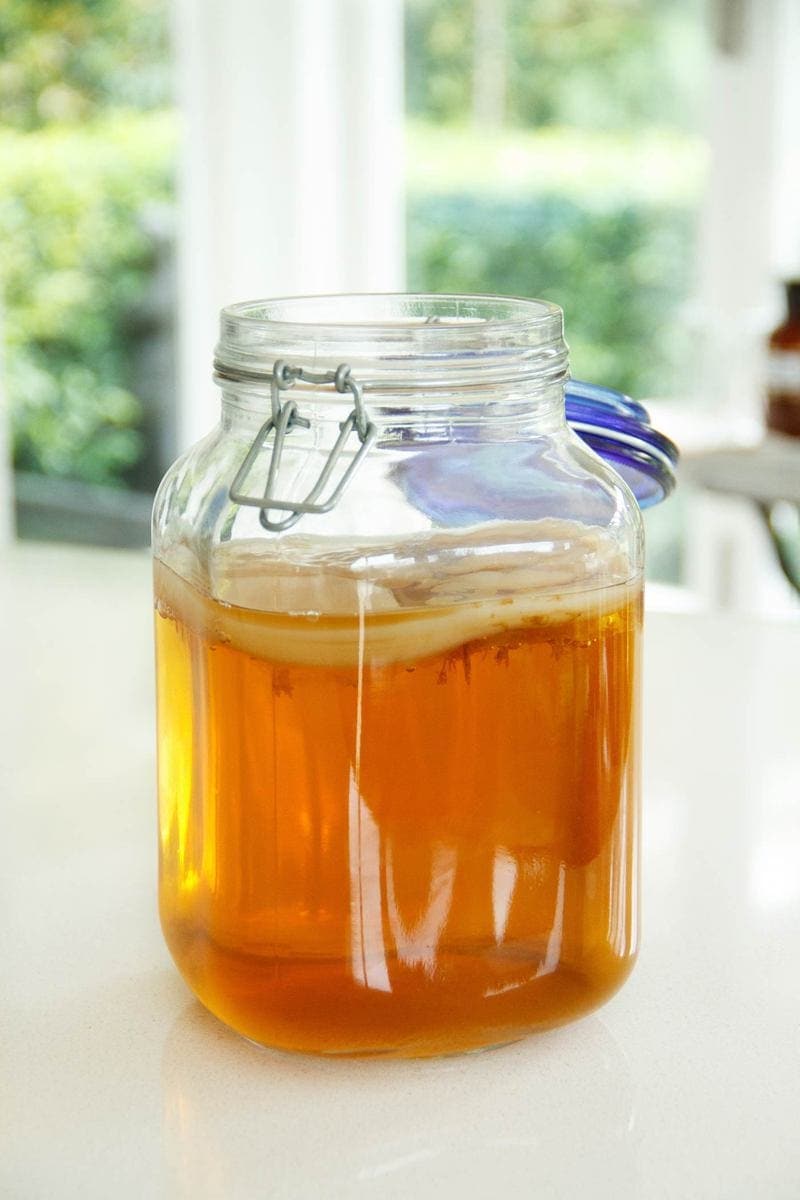 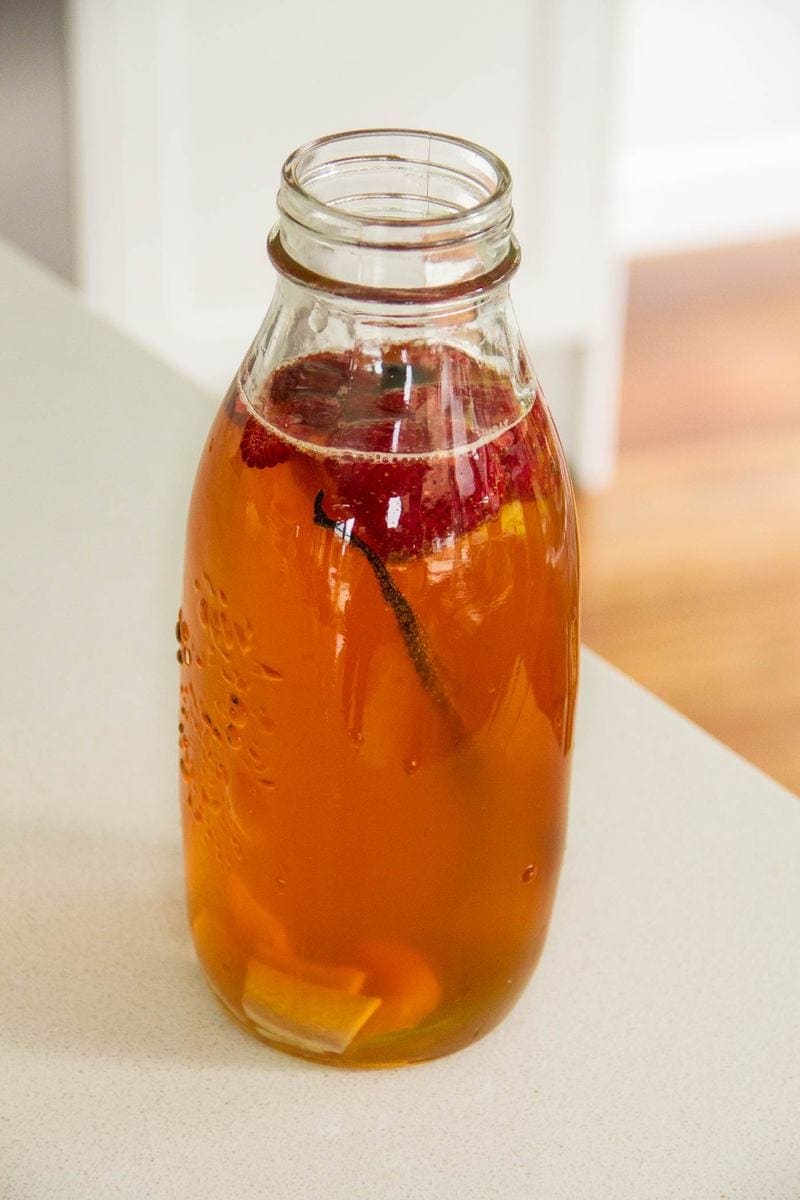 Kombucha tea has actually been around for over 2,000 years, the first recorded use coming from China in 221BC during the Tsin Dynasty where it earnt the name ‘The Tea of Immortality.’ It is a health tonic that is said to give you energy, improve digestion, boost the immune system, reduce high blood pressure, improve the skin and balance the acidity in your body. It is made by fermenting tea and sugar with a kombucha culture, which is commonly known as a Scoby. Now on to the next burning question...

What the heck is a Scoby?!

I first got the opportunity to see a Scoby up close and personal, during my Raw Chef’s Training in Bali a few years back. There we were, sitting cross legged in a circle inside the Yoga Shala, all eyes and ears as our teacher procured a giant glass jar out from a plastic bag, thrusting it into the centre of our group during the afternoon lecture.

Has anyone ever seen a Scoby? He asked.

What the freaking heck is that?! I heard myself say.

Inside this glass jar, was a creamy, slimy, grey, mushroomy-molluscy-pancakey-brainy-like thing, floating in a horrible smelly vinegary brown liquid. Please tell me you don't eat that, I was quietly thinking. And so he started to explain.

A Scoby is an acronym for a Symbiotic Colony Of Bacteria and Yeast. Also called a mushroom (only because it looks like one) or Mother Vinegar, it is cultivated in a tanin based tea with a little brown sugar and fermented for about five days, until the liquid is then separated and served as, Kombucha Tea.

The organism is then topped up with more tanin based tea and sugar (though a little of the original formula is reserved to kick start the process) and off you go again. Strangely, as the Scoby grows, it forms pancake like layers, also called babies, which can then be separated and given to friends in a little of the mixture, so that they too can grow themselves some little Scobies.

So why drink this stuff? Well, it is very high in probiotics, good bacteria, and enzymes; which are the catalysts for cell activity in our bodies. For those who extoll the virtues of fermented foods such as kefir and kimchi, Kombucha is pretty much the cream of the Scoby mushroom crop!

Although I was highly suspicious of it at first, curiosity got the better of me and I eventually experimented for myself at home. These days, fermented foods are an absolute non-negotiable in my diet. They help keep the gut healthy with their friendly bacteria, support the immune system and give a general sense of wellbeing. I truly believe ferments should be part of everyone's diet for these reasons.

How to make Kombucha

I have shared the Kombucha recipe with you below, so you can experiment for yourself. It is a bit like being in the ‘cool club’ – because you need to know someone in order to hook you up with a Scoby to start your culture with. If you are in Sydney then I can share such a contact with you, otherwise good old ebay may be able to help.

You will see that this recipe has a second step, called the ‘second ferment’. This part is optional, but if you take the time to do it, and add some yummy flavourings in there, you will end up with a far more palatable beverage. The final product is then stored in the fridge, and should be carbonated with a little fizz to it.

One last note, having a Scoby is a bit like having a pet. It needs certain conditions and attention in order to thrive, and you may have to feed it a little as you go. 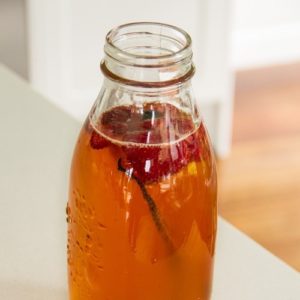 Take care to always have clean hands and utensils, don’t let the scoby touch anything metal, and don’t drink the tea if it goes moldy. When your pet scoby grows up, he’ll make a baby pancake layer underneath the ‘Mother’. Gently peel this off and either use it for a new batch or share with a friend. If you are lucky and have a super sized jar – double the recipe.
Tried this recipe?Let us know how it was! 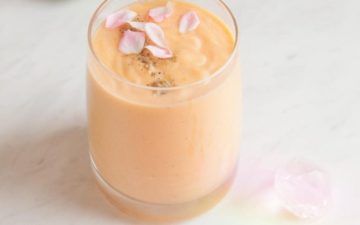 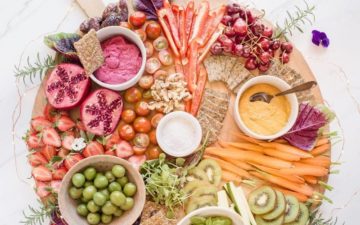 How to Make a Vegan Platter 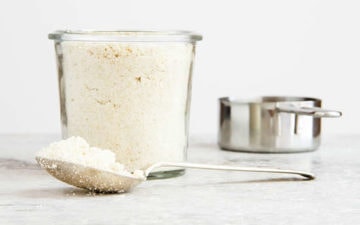 How to Make Raw Nut Flours