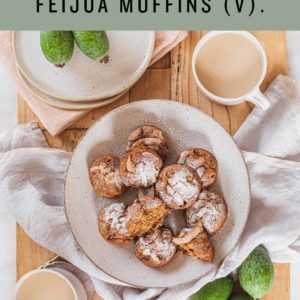 Say hi to the perfect feijoa muffin recipe! They're soft and fruity, sweetened with coconut and spiced with ginger. An easy and delicious way to use up the abundance of feijoas - a favourite here in NZ though easily substituted.

Whip up a batch of these feijoa muffins friends, you won't be disappointed - they are soft, fruity, springy and outright delicious (not to mention totally healthy!).

For my non-New Zealand readers, feijoas, from the fruit of the feijoa tree (feijoa sellowiana), are highly fragrant oval fruits that taste like a cross between a guava, pineapple and pear (in fact, they’re more commonly known abroad as pineapple guava). The flesh of the feijoas are somewhat gritty but with a softy jelly centre.

The fruit lends itself to baking nicely, which is a relief as once feijoa season kicks in, we literally have feijoas out the wazoo!

Some of the many feijoa health benefits include a wide array of phenolic compounds – such as catechin, epicatechin, gallic acid and ellagic acid – all of which are also found in green tea.

These have wonderful antioxidant, anti-inflammatory, anticarcinogenic and prebiotic effects.

All in all, a healthy, delicious, refreshing and versatile fruit that us folk here in NZ just adore.

👌Why this recipe works

These feijoa muffins combine coconut with ginger for a unique flavour profile. Here are some of the key ingredients and substitutions where applicable:

For flavour variants, you can try adding lemon zest or vanilla essence. Sorry – I haven’t tried making feijoa muffins leaving the feijoa skins on, but if you give it a go, report back!

Step two. Cut the feijoa fruit in half and scoop out the flesh, then roughly chop. We’re after small-ish pieces, definitely not a purée – chunks of fruit are so much better in muffins, IMO.

Step three. Measure out all your dry ingredients, combine in a large bowl and stir well.

Step four. Pour over the coconut milk and mix together. I like to use canned, full fat coconut milk in my baking – it’s sweeter and thicker in texture than the tetra pack milk (plus, environmentally friendly!). Add your chopped feijoas.

Step five. Fold the mixture together, taking care not to over-work it. If too much air gets in the batter, the muffins will sink in the oven, and that’s not fun for anyone.

Step six. Fill your muffin tins or cavities up about three quarters full, allowing for a little rise. Then add a few coconut threads or chips to the top of each muffin for crunch, looks and flavor flav.

You can see in the photos I’ve only shown one silicon muffin tray – this recipe will yield 10, so you’ll need a larger tray or two smaller ones. The Virgo in me couldn’t bear to shoot the other tray (it didn’t match!).

Step seven. Now cover with foil and pop them in the oven on a wire rack for ten minutes, at which point you can remove the foil and bake a further ten minutes to crisp up.

Do this quickly, don’t faff, opening the oven door before your baking is ready can cause them to sink.

Done! Admire, breathe in the delicious scent of freshly baked feijoa muffins, and allow to cool.

If you want to make them look pretty, you can give them a dusting of icing sugar. I have a spice grinder, and ground up a tablespoon of erythritol – a sugar substitute.

A few hints on how to make these feijoa muffins perfectly every time:

Store your feijoa muffins in an airtight container, room temperature. Enjoy within 2-3 days.

That’s it my loves, go forth and bake, disconnect from the news for a time and find a moment of joy.

When it’s raining feijoas, make this simple feijoa crumble, this feijoa cake with toasted walnuts, or this insanely delicious recipe for a feijoa loaf with lemon icing. 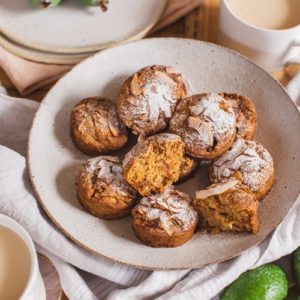 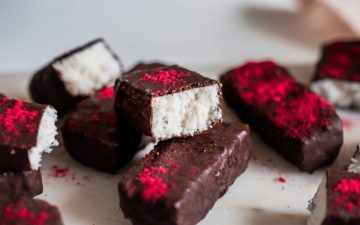 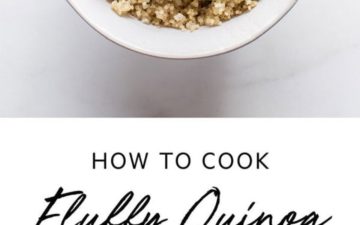 How to Cook Fluffy Quinoa 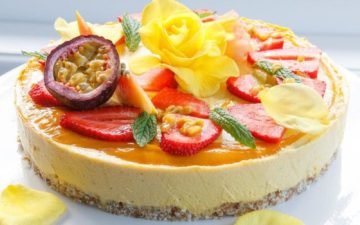 END_OF_DOCUMENT_TOKEN_TO_BE_REPLACED

This website uses cookies to improve your experience while you navigate through the website. Out of these cookies, the cookies that are categorized as necessary are stored on your browser as they are essential for the working of basic functionalities of the website. We also use third-party cookies that help us analyze and understand how you use this website. These cookies will be stored in your browser only with your consent. You also have the option to opt-out of these cookies. But opting out of some of these cookies may have an effect on your browsing experience.
Necessary Always Enabled
Necessary cookies are absolutely essential for the website to function properly. This category only includes cookies that ensures basic functionalities and security features of the website. These cookies do not store any personal information.
Non-necessary
Any cookies that may not be particularly necessary for the website to function and is used specifically to collect user personal data via analytics, ads, other embedded contents are termed as non-necessary cookies. It is mandatory to procure user consent prior to running these cookies on your website.
SAVE & ACCEPT
123 shares